Condition of Xatras in Assam due to huge Encroachment, 2022 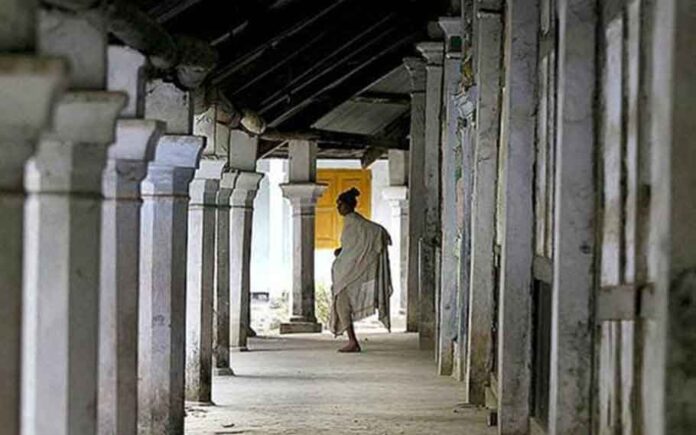 The Xatra Commission discovered that in the 1960s, some Xatras in Assam relocated from Majuli to Lakhimpur to avoid erosion.

Moreover today, due to huge encroachment in their new habitats, they are on the verge of extinction.

Meanwhile, the Xatra Commission, led by MLA Pradip Hazarika, discovered widespread encroachment on xatra lands in the Lakhimpur area by individuals of a particular religion.

Further, the Xatras in Assam have been unable to take control of portions of the land that the government allocated to them in the 1960s.

The Xatra Commission and Revenue and Disaster Management (R&DM) Department officials recently paid a visit to the xatras in the Lakhimpur districts.

Massive encroachment of xatra land has been discovered by the visiting team. The district’s xatras have been fighting for survival for a long time.

Further, according to sources, in 1962, then-Chief Minister Bimala Prasad Chaliha allocated roughly 1,900 bighas of land to the erosion-affected xatras who relocated from Majuli to Lakhimpur.

Most Xatras in Assam, however, have not been able to fully reclaim their assigned territory from encroachers. The status quo was maintained while successive state governments turned a blind eye.

Chairman of the Xatra Commission, Pradip Hazarika, said, according to sources:  “The Xatra Commission has started visiting the xatras of the state. The encroachment of xatra land is massive in the Lakhimpur district where most of the xatras are under extinction threat.”

Meanwhile, the Xatra Commission’s staff also paid a visit to the xatras in the Dhemaji district.

Majuli, one of the world’s largest populated river islands, is home to a number of Xatras in Assam, or Vaishnavite monasteries, some of which date back to the 16th century.

Sankardeva, the creator of Assamese culture, developed the Satra Institution, which is a distinctive element of Vaishnavism in Assam.

Moreover, the Xatras in Assam are not only monasteries, but also performing arts centres.

The first Satra was established in Majuli in the 15th century. Since then, sixty-five Satras have been established to promote ethical and socio-cultural objectives.

In Majuli, however, there are currently only twenty-two Satras.

Due to the flood and erosion damage, the others had to be relocated to safer areas.

The Xatras in Assam infrastructure is made up of a big prayer hall facing a basic shrine, as well as monks’ dormitories and bathing tanks.

In addition, the xatras also provide guest accommodations where devotees and guests can participate in Vishnu and Krishna devotion as well as enjoy traditional bhaona performances.

At the very least, these centres keep a prayer house (Namghar, or Kirtan-Ghar), initiate laypeople into the Ekasarana tradition, and count them as followers of the Satra, from whom taxes and other religious responsibilities are collected.

Although the tradition of establishing religious institutions such as Satras began in Sadiya, the Neo-Vaishnavite Xatra culture began in the 16th century.

However, in the 17th century, they flourished fast, and funding from the Koch and subsequently the Ahom kingdoms was important to the spread of the Ekasarana faith.

Hundreds of celibacy and non-celibate bhakats (monks) live in several of the major Satras, which also own extensive areas and are repositories of religious and cultural relics and artefacts.

Village Namghars help the Satras maintain control over their lay disciples. Thaans are Xatras in Assam where the main preceptors lived or where some of their artefacts are preserved.