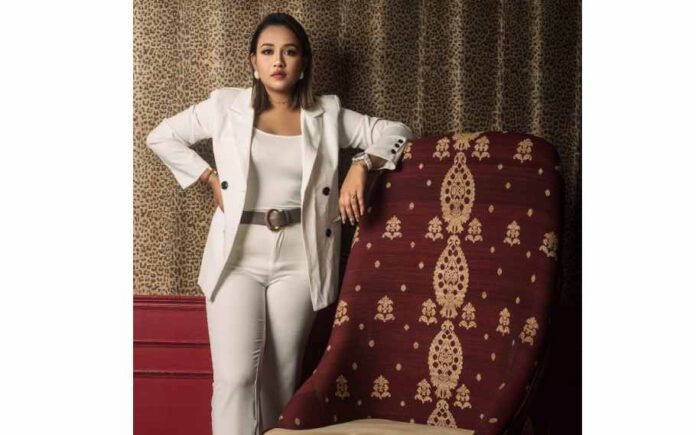 The sole proprietor of KA Design, a top-notch interior design firm, Karishma Kakoti is one of the finest interior designers. In 2013, she graduated from Delhi after completing her education in Guwahati.

Karishma Kakoti moved to Germany to pursue her studies after receiving a scholarship. Later, she returned to India and founded a business in Bangalore. And in Guwahati, she launched the first startup in 2017.

Speaking to “The North-Eastern Chronicle,” Karishma Kakoti remarked, “I’ve always had a decent touch in design and decorating. I had a deep love for aesthetics and the arts. But I never intended to become an interior designer. Everyone desired to be a doctor or an engineer at the time, so interior designers were not well-known as a career. I also aspired to become a gynaecologist. Life, however, had other ideas. After learning about the “product designer” course, I applied for it. I discovered how it related to interior design and architectural topics. I continued despite the risk. “

She went on to say, “My job is a field job, which is 90% male-centric. Sometimes it gets difficult when people start asking me things because I’m a woman. They question whether or not I can complete my assignment effectively. They frequently ask if I can visit the location or not, or if I feel safe travelling, but the most upsetting query is whether I’m married. In my opinion, the clients don’t have any right to ask me that. Such questions are inappropriate for our society at this time. “

She added that her parents had played a significant role in her achievement. She’s never been questioned by them. They didn’t put up a barrier for her; instead, they supported and directed her. Their affection and trust in her was another motivator for her to work harder.

Being a feminist, Karishma added, “Women, in my opinion, are strong from birth, but it takes time for them to fully grasp their powers. Through the women-centric project KA Bespoke, we are working to make Assamese women more independent and successful. They can gain respect in addition to money, which enables them to stop nagging their husbands for money.”

Karishma’s startup’s mission statement is to build lifestyle, not design. In addition to designing beautiful, opulent homes, her goal is to make people feel at home and content in their own homes. KA design cultivate their relationships with their clients so that they become an extension of their family.

Two worldwide honours were successfully won by KA in addition to other national and regional accolades like The Economic Times and Icon Awards. The International Excellence Awards were presented in 2020 in Spain, and the Best Emerging Interior Design award was given in London in 2019.

As she was wrapping up the conversation, she said, “Last but not least, I’d advise the young ladies to leave their bed of roses world and face difficulties. Learn to take risks; life is more enjoyable and adventurous when you do. They must be able to speak confidently, be self-assured, and be capable in their work. Being patient and kind are the most crucial factors. You should not let negativity make you doubt your self-confidence, I’ll tell you that much.”