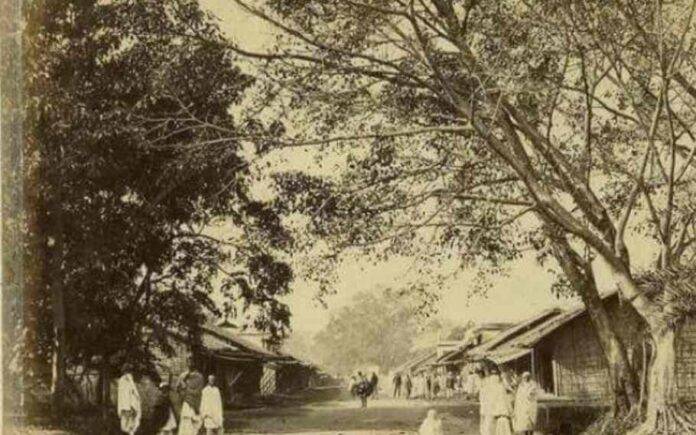 Story of Pragjyotishpur; Guwahati is an enormous city in the Indian state of Assam and also the largest metropolis in northeast India. One of the rapidly growing cities in India, located on the south bank of the Brahmaputra.

Guwahati was historically known as Pragjyotishpur, which means ‘light of the east ‘. The city has a historical origin, and this can be determined by the fact that Pragjyotishpur is mentioned in the Mahabharata as the capital of the demon king Narakasura. Pragjyotishpur, now considered an area within modern Guwahati, was an ancient city and capital of the medieval Kamrup kingdom under the Varman dynasty (350–650 AD).

A long chain of kings with the surname of Naraka had been ruling in the Pragjyotishpur Kingdom from distant Treta Yuga and Dwapara Yuga. Bhagadatta, the son of Naraka, was a very powerful king of Pragjyotishpur during the reign of Kauravas and Pandavas of Mahabharata. Deulia Pahar, a huge hillock near Karimganj Urban Area in Barak valley is said to be the location of a palace of King Bhagadatta and it is known as ’Raja Bhagadatter Bari’.

It might be one of the many palaces of King Bhagadatta across his vast kingdom. Karimganj was a part of the erstwhile Sylhet District the f newly created Assam province since 1874 C.E. Thus, the Sylhet region, i.e. Shrihatta, remained an integral part of Assam since the days of the prehistoric period. Afterwards, a prolonged dark period prevailed till the end of the 3rd Century C.E. and nothing is known of that period, either of Pragjyotishpur or Srihatta.

ancient period, Assam was referred to as Kamrupa. The Kingdom of Kamrupa came into existence during the early 4th Century C.E. when the Imperial Gupta domain with capital at Pataliputra was spread over the entire ‘UTTARAPATHA’ i.e. north India mainland in full glory. After the downfall of the Gupta Empire, King Bhutivarman of Kamrupa became powerful enough and snatched away the Pundrabardhan region from the Later Gupta king for the first time in history.

Subsequently, at the end of the 6th Century C.E., Kumar Bhaskarvarman ascended the throne of Kamrupa and came into an alliance with Harshavardhana of Uttarapatha, the Emperor of the confederation of Kanauja and Thaneswara, to get rid of the massive threat posed by powerful King Shashanka of Gauda.

According to Professor Mukunda Madhava Sharma, this Dubi Copper Plate Grant pertains to the early 7th Century C.E. and it is the earliest of all the copper plates issued by any Kamrupa King. It has been tentatively assigned to the earlier part of the gn of Kumar Bhaskarvarman. Another grant is known as the Nidhanpur Copper Plate Grant since it was found at Nidhanpur village in Panchakhanda Pargana of Beanibazar Police Station in Sylhet. While three plates of this grant were unearthed in 1912 C.E. The three plates were recovered sometime, in 1912 and 1925 C.E.

Also Read: Unraveling the mysteries of the Universe through the eyes of James Webb Space Telescope