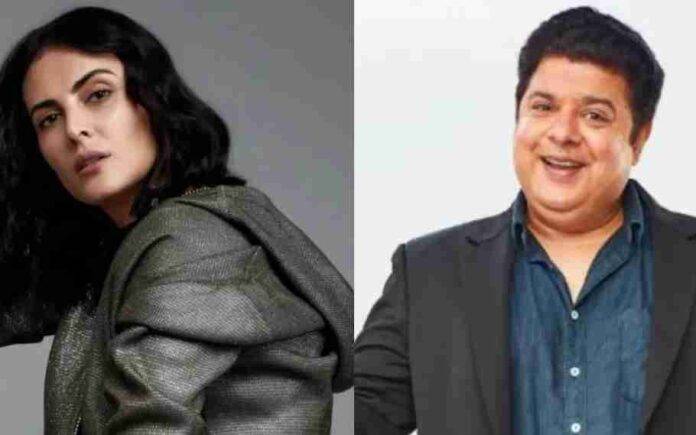 Mandana Karimi who was amongst several women who accused filmmaker Sajid Khan said she wants to part ways with Bollywood, as the industry has no respect for women. She says, till date she had to fight over Metoo Movement but on the other hand Sajid Khan is welcomed with cheers on BigBoss 16.

The filmmaker is now a part of the reality show. Many people have raised their concerns over the issue and said, he should not have been called as his name is not yet cleared from the list.

Earlier, many women came forward and raised their voice against the filmmaker for exploiting his position of power. Karimi said, the filmmaker would ask her to remove her clothes when she met him for Humshakals, saying “If I like what i see, you might get the part.”

Karimi further says, “To be honest, I’m not surprised to see him back in the spotlight. For people, life has become like I will put my head under the sand. If it is going to benefit me, and I can make money, then who cares? That shows why the MeToo Movement in India and many other countries didnt really reach anywhere.”

The Iranian woman who was last seen in the reality show “lock up” says, her dues are still not clear from the show.